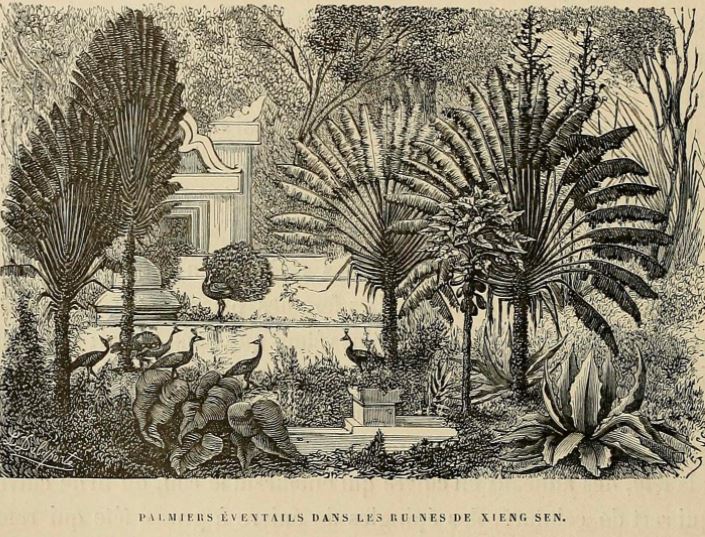 Around noon, the bank of the river turned into a high sheer wall, covered with inextricable vegetation. I had been walking for six hours; I was exhausted with fatigue, the sand and the rocks had heated up in the rays of the sun, in spite of the numerous clouds which came at every moment to temper the heat; my bare feet were swollen and bleeding. The love of geography gave way to the cry of nature. I took a final survey of the river, I chose a shady spot and a neat spot on the edge of the forest, and I opened my bundle of provisions: rice for bread and a roast chicken made up the contents. The river water was not far away. I ate a meal which gave more pleasures to my appetite, excited by a long walk, than the most succulent feasts in the civilized world. At one o’clock I turned back. It was nap time. The breeze had died down and the heat was stifling. The banks of the river had become deserted again; the forest was silent. Its savage inhabitants had withdrawn to the depths of its fresh retreats. I was the only one to brave the ardor of the day and I automatically followed in my footsteps, imprinted on the sand and mixed with the many footprints of deer of all species, wild boars, elephants. I would have liked to erase this double furrow left by my passage and which seemed to stain in these beautiful places. This lonely landscape of the Mekong, one of the last that I have seen, has remained deeply engraved in my memory.